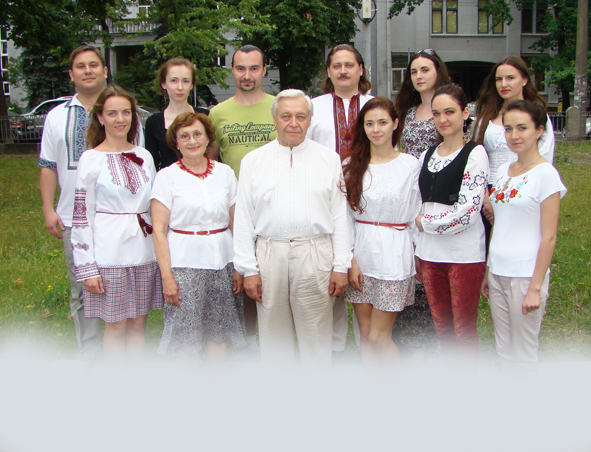 Department of Molecular Biology was founded in 2005.

The department employs 20 specialists (1 Professor with a Doctor’s degree and 7 researchers with a Candidate’s degree in biology). During the last 5 years 105 articles were published (30 abroad) and 9 patents obtained. Average age of employees is 32.

It has been determined that there is a substantial increase in the expression of various isoforms of PFKFB, VEGF, Glut1 and several circadian genes in many malignant tumors; an induction of these genes has been shown under the effects of hypoxia; regulatory gene elements have been determined, which are responsible for the increase in expression under hypoxic conditions. Alternative splice variants of PFKFB mRNA were identified; their expression in cancer cells has been thoroughly studied, especially under the condition of hypoxia, under diabetes mellitus, and under the effects of various toxins. It has been shown that the expression of circadian genes could be a sensitive marker for the action of ecologically dangerous substances.

It has been determined that the level of expression of 6-phosphofructo-2-kinase/fructose-2,6-bisphosphatase-3 (PFKFB3) mRNA changes significantly in various tissue of rats with experimental diabetes in a tissue specific manner: increases in the brain and testis, does not change significantly in the retina, and decreases in skeletal muscle, heart, and lungs. It has been shown that the expression of alternative splice variants of PFKFB mRNA is organ specific and the level of its expression changes under diabetes: increases in the brain and testis and decreases in skeletal muscle, heart. An alternative splice variant of PFKFB3 mRNA has been found that has a catalytic domain identical to the main isoform and most of the known splice variants, but has a shorter 3’-terminal region. It encodes the shortest known isoform of PFKFB3 and the level of expression of this splice variant of PFKFB3 decreases under diabetic conditions in rat lungs and heart. The results of the above studies indicate a possible role of isoenzymes of PFKFB3 in cellular adaptation of organism to carbohydrate metabolic dysfunction during diabetes.

It has been determined that in rats with experimentally induced diabetes the level of expression of 2 isoforms of PFKFB2 mRNA with a different 3’-terminal region decreases both in the kidneys and lungs. Four new alternative splice variants of PFKFB-2 mRNA, which have different inserts and deletions both in the 6-phosphofructo-2-kinase and   fructose-2,6-bisphosphatase parts of the PFKFB molecule, were discovered. Three of the alternative splice variants of PFKFB2 mRNA do not code for the synthesis of a functionally active 6-phosphofructo-2-kinase and thus are monofunctional. An expression of these alternative splice variants of PFKFB2 mRNA was discovered in the kidney and lungs of rats. It was shown that the level of their expression changes animals with experimental diabetes as compared to control rats. The results of this study indicate the presence of significant changes in the expression of PFKFB2 mRNA at the level of alternative splicing of PFKFB2 pre-mRNA in the kidneys and lungs under diabetic conditions, which could be one of the many factors of glucose metabolic dysfunction occurring during this disease and is a proof of the complexity of the regulatory mechanisms of glycolysis as well as of the whole glucose metabolism.

In various mouse tissues and in the glioma cell line U87, alternative splice variants of PFKFB2 mRNA were also found with different regulatory N- or C-terminus sequences and therefore different ability to regulate the activity by phosphorylation. Part of them can encode only monofunctional isoforms of this enzyme with the activity of 6-phosphofructo-2-kinase or fructose-2,6-bisphosphatase; one of the determined alternative splice variants of mouse PFKFB2 mRNA has no catalytic domains what so ever and its role, as well as the role of short N-terminus polypeptides and short 6-phosphofructo-2-kinase, shortened as a result of a deletion in the 8th exon, remains unclear, though it is possible that they play some role in the inactivation of 6-phosphofructo-2-kinase activity of the functional monomers of the PFKFB2 by binding to their N-terminus, this, in turn, implies that monofunctional isoenzymes will be created, which will lead to weakening of glycolysis strengthening of gluconeogenesis. The results of these experiments elucidate the bases of molecular dysfunctions of metabolic processes that occur during diabetes mellitus.

It is assumed that PFKFB3 is a key regulatory enzyme and its splice variants could be used as targets in developing anti-tumor and anti-diabetic medication, because isoform of PFKFB3, PFKFB4, and PFKFB2, as well as their splice variants, could be therapeutic targets for drugs creation that can modulate glycolysis, lower the synthesis of glucose in the organism, and suppress cell surviving.

It has been determined that during daylight hours gene expression of Clock, ВМal1, and Рer2, in isolated lymphocytes from healthy donor blood, has a certain daily rhythm, while in complete darkness this rhythmicity slowly subsides, which implies that they must contain a light sensitive oscillator. The level of Per2 mRNA expression dramatically increases in patients with leukemia.

It has been determined that the suppression of the function of the sensor-signaling enzyme ERN1 in glioma U87 cell line leads to an increase in the expression of certain genes, which play an important role in regulation of processes of proliferation, apoptosis, and metastasis: transcription repressor TBX3, oncogene DEK, tumor protein TPD52, regulatory protein IGFBP1, transcriptional factor FOXF1, and a decrease of apoptosis effector PERP and transcriptional factor TBX2. Expression of these genes also changes during hypoxia; the hypoxia effect, however, is dependent on the function of the ERN1 enzyme.

A genetic construction was created which houses an ERN1 cDNA with a mutation in the ribonuclease domain for selective suppression of ribonuclease activity of this enzyme in glioma cells; these cells were transfected and stable clones were produced.

It has been shown that the transcription factors E2F8, EPAS1 and ATF3 are significantly down-regulated upon suppression of IRE1 signaling enzyme in U87 glioma cells. Moreover, the inhibition of endoribonuclease activity of just this signaling enzyme leads to more robust down-regulation of E2F8 gene expression close to its level in normal human astrocytes. At the same time, the levels of EPAS1 and ATF3 gene expressions are strongly up-regulated in glioma cells after inhibition of IRE1 to their level in normal human astrocytes. A significant up-regulation of TBX3, GADD45B, KIF11, PLK2, ENO2, and TP53 gene expressions in glioma cells with IRE1 knockdown was also shown. Furthermore, inhibition of only endoribonuclease activity of IRE1 signaling enzyme leads to a more significant up-regulation of TBX3 gene expression, which was close to the level of its expression in normal human astrocytes.

Thus, the results of our investigations clarify the molecular mechanisms of suppression of tumor growth from glioma cells without endoribonuclease activity of IRE1 through down-regulation of pro-proliferative genes and up-regulation of tumor suppressor gene expressions.

Outlook: Further research of the department will be aimed at studying the molecular mechanisms of regulation of a variety of gene expressions in tumor cells, especially glioma cells, during hypoxia and other pathological states with the purpose of finding targets for new approaches to creating antitumor drugs.