DEPARTMENT OF CHEMISTRY AND BIOCHEMISTRY OF ENZYMES 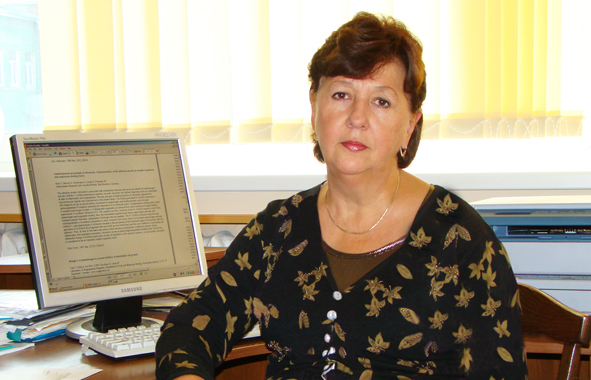 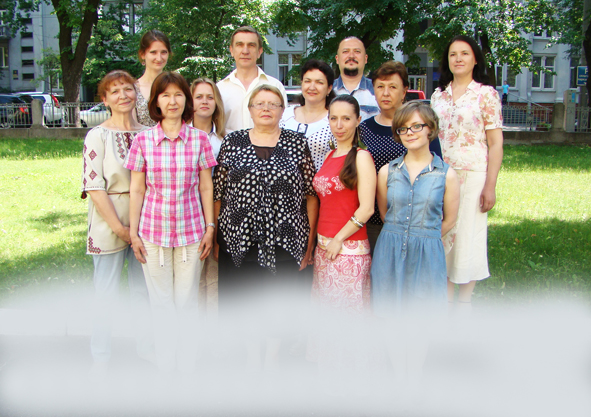 The main direction of research work is the study of mechanisms which provide functioning and regulation of plasminogen/plasmin system as the component of the hemostasis system; the determination of the structural changes of fibrin molecule in the process of polymerization which are necessary for the activation of fibrinolytic system; the creation and approbation of test-systems for diagnostics and prevention of thrombogenic states and angiopathies.

At present, the Department staff includes 1 Doctor of sciences, 6 Candidates of sciences, 10 junior researchers and engineers.

Overactivationoffibrinolyticsystemis accompanied by fibrinogen lysis. It was shown that one of the degradation products such as the early E-fragment of fibrinogen specifically interacts with plasminogen and tissue plasminogen activator and stimulates the process of generation of plasmin which is bound by some enzyme inhibitors circulating in blood.

It has been established that products of fibrin degradation formed during plasmin hydrolysis: high-molecular fragments, DDE-complex, Е1Е2 fragment obtained due to its dissociation and D-dimer provide initiation of the plasminogen activation by tissue plasminogen activator. High-molecular fragments and DDE-complex compete with polymer fibrin for plasmin decreasing the value of Vmax of fibrin lysis. The final products: E-fragment of fibrinogen and D-dimer of fibrin do not protect plasmin formed on their surface from the inhibition by alpha-2-antiplasmin. The obtained results permit us to suggest that accumulation of the products of fibrin degradation during the lysis of clots could be one of the causes of their resistance towards hydrolysis.

It was shown for the first time in vitro that protein C enhances blood clot lysis induced by tissue plasminogen activator. In recalcified plasma the profibrinolytic action of protein C was stimulated in the presence of monocytes and neutrophils that indicated the existence of endothelium-independent way of the activation of this zymogen.

It has been established for the first time that Lys-plasminogen (partially degraded forms of the zymogen) but not Glu-plasminogen (native form of the zymogen) selectively inhibits aggregation of human platelets stimulated by ADP, thrombin and collagen but has no influence on ristocetin-induced platelet agglutination. It has been found that Glu-plasminogen specifically binds to the surface of activated platelets and can be converted into Lys-plasminogen. It has been shown for the first time that Lys-plasminogen impedes agonist-stimulated reorganization of actin cytoskeleton of platelets and decreases the thrombin-stimulated secretion of P-selectin from alpha-granules. So, it was proved that plasminogen/plasmin system regulates functional state of platelets limiting their ability to aggregation.

It has been shown that plasmatic membrane of thrombin-stimulated platelets can serve as a surface for limited plasminogen proteolysis by serine proteases with the formation of fragments. Actin which is exposed on the plasmatic membrane of activated platelets takes part into plasminogen binding and its fragmentation with the forming of angiostatins. The obtained results permit us to suggest that regulation of functional state of platelets by plasminogen/plasmin system aimed at limiting the excessive thrombus formation in the blood stream and angiogenesis during tissue reparation with the platelet participation.

To control the quality of the pharmacological products we have elaborated the methods of low-weight heparins and non-fractioned heparins for medical preparations on their basis.